<< Back to Monthly Posts

MONTH’S HIGHLIGHTS. The Monetary Policy Committee (MPC) held a meeting on April 29 to assess the economic impact and the outcomes of policy measures deployed in March to mitigate the…

The Kenyan Shilling depreciated against the USD by 2.48%, exchanging at Kshs 107.29 at the end of the month up from Kshs 104.69 in the previous month. The depreciation is due to increased dollar demand and reduced foreign exchange inflows amid economic uncertainty engendered by the COVID-19 pandemic disrupting global supply chains and reduced diaspora remittances. 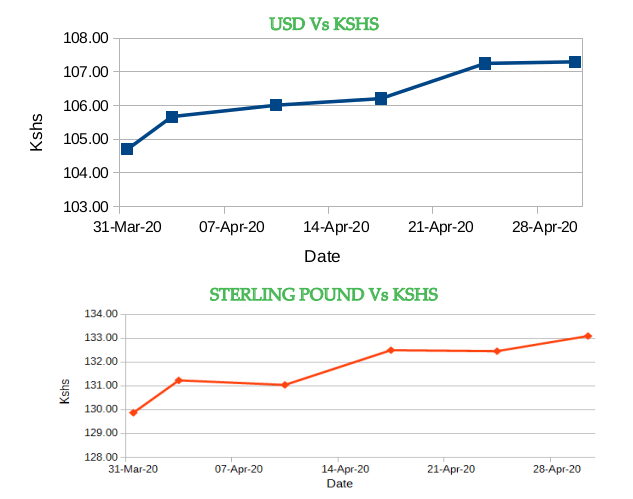 The overall year on year inflation increased to 5.62% in the month of April up from a revised figure of 5.51% in March. The increase is attributable to increase in Food and Non-Alcoholic Drinks’ Index by 1.77% and Housing, Water, Electricity, Gas and Other Fuels’ Index by 0.41%. During the same period, the Transport Index increased by 1.32% mainly due to increase in prices of matatu and taxi fares.

During the month, liquidity increased as a result of government payments which partly offset tax receipts and auction of government securities. The inter-bank rate decreased to 4.27% down from 5.19%. The volume of inter-bank transactions increased from Kshs 6.64billion to Kshs 12.78billion.Commercial banks excess reserves increased to Kshs 42.70 billion.

At the end of the month, the T-Bonds registered a turnover of Kshs 6.67billion from 420 bond deals. This represents a weekly decrease of 21.4% and 1.4% respectively. The yields on government securities in the secondary market remained relatively stable during the month of April.In the international market, yields on Kenya’s Eurobonds declined by an average of 39.42 basis points. 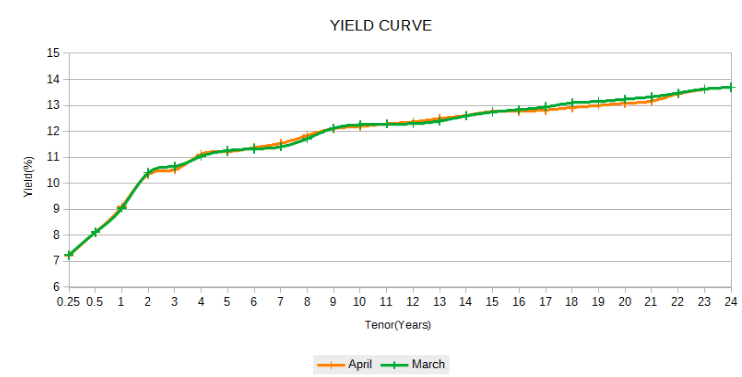 During the month of April, the market capitalization rose by 5.90% to Kshs 2.14 trillion. However, total shares traded and equity turonver plunged by 48.7% and 62.4% respectively to 68 million shares and Kshs 1.6billion. NASI and NSE 25 gained by 5.9% and 4.9%in that order, while NSE 20 dropped by 0.41% on a monthly basis. On a weekly basis, the NASI and NSE 25 gianed by 2.9% and 2.8% respectively while NSE 20 declined by 0.5%. The gain in NASI is as a result of appreciation of large-cap stocks such as EABL, Equity Group, Safaricom and Co-operative Bank. 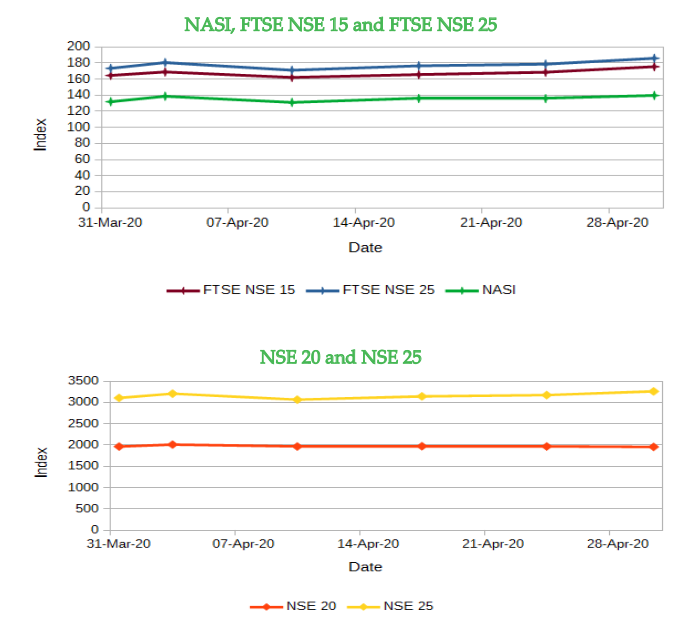 Please provide your details here below to get the full report:

<< Back to Monthly Posts